The other day I ran into an issue with a test client missing transports in one of my clients QA systems. Upon reviewing the logs I determined that the entire basis team was not on the same page when importing client dependent transports. I now had missing transports and a sequencing issue. Another consultant on the team suggested I use the bulk transport program to clean up the client. Since I was not aware of this program which has been around for quite sometime. I decided that others might find it useful.

This program lets you pick a point in time in one client and synch its configuration changes from that point to another client. The program is RSCC_SCC1_BATCH. You can find more details on the specifics of this program in SAP OSS: Note 645846 – CC-ADMIN: Collective Customizing copy with SCC1. 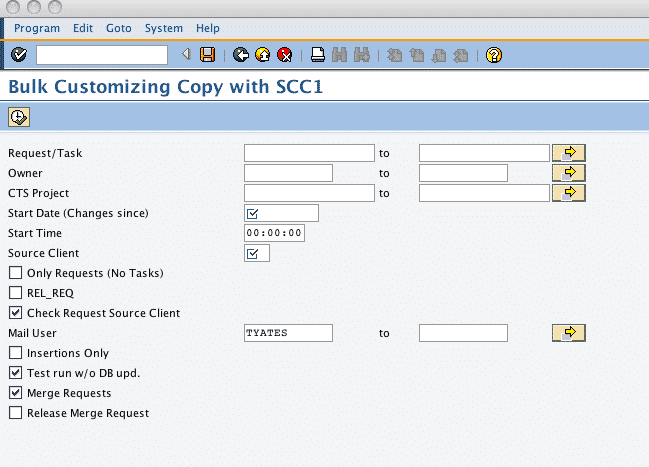 I was most interested in the changes since date.  I had performed a client copy on May 19th and was already missing transports by the 20th.  There was too much testing setup to redo the client copy so we had to get the configuration corrected.

The program creates a spool report: 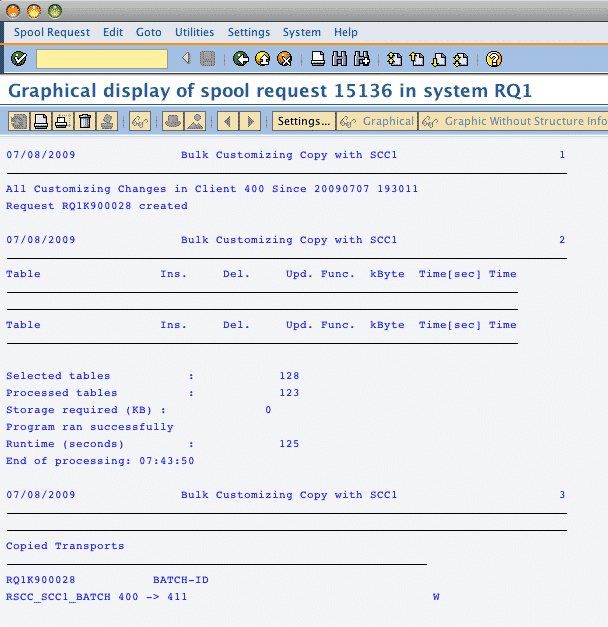 The report contains summary details of the execution.  You can see the number of the newly created merge transport at the bottom.

Transport is not release unless you set the release flag. 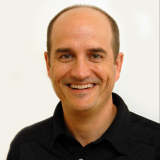 Tim has over 25 years of business experience with the last 20 focused on SAP systems architecture and program delivery. He has a broad range of experience with a pragmatic, get the job done approach to engagements. Tim specializes in development of SAP technical strategies and services for clients having successfully lead multiple programs and projects. His extensive SAP technical and functional background has enabled him to thrive in environments of all sizes and complexities.