Intelligent Automation by DataXstream’s suite of enterprise search engines connects users and customers to the right stuff in SAP from anywhere.

Although advances in information retrieval such as ranking and stemming had come about by the 1960s, it wasn’t until the 90s that increasingly larger amounts of data became stored in and accessed centrally from web servers. This data highway of near-instantaneous communication coupled with increased availability of graphical user interfaces introduced the need to bring information retrieval discoveries in academia to the foreground. However, we will see through this exploration of the evolution of search in SAP that there exists a significant lag in time between academic discovery and real-world application. This lag can be mostly attributed to the fact that different applications require different adaptations of the mathematical algorithms and models, and successful implementations require much innovation and thought.

When SAP R/3 Enterprise Edition became increasingly adopted by enterprises all over the world throughout the 90s, business was on its way to technological revolution. For a long time, business processes were a combination of manual operations with hand-written paper documents and human-computer interactions with typed electronic documents. Boolean logic was the main method employed for retrieving records from SAP R/3. The fact that SAP R/3 programs were written in its proprietary language ABAP presented a limitation to the algorithms that could be implemented.

Advanced information retrieval algorithms involve complex mathematics. One can imagine that what took mathematicians decades to develop and refine would not have been easy for software engineers to translate and adopt in a short amount of time, especially since knowledge sharing took place at a relatively slower pace in the 90s.

Users of SAP R/3 input queries into a set of fields which correspond to attributes in a database table that holds the data for some business object. The query strings are matched against values from the database table, and records are returned if their attributes contain any exact match to the strings. Users used asterisks in their queries to indicate a match for any string; much like the way SQL queries work to select records from tables.

Like we mentioned in a previous blogpost, SAP R/3’s search help relied heavily on users having business and system knowledge, which resulted in the lengthy ramp up times of business adoptions of SAP. Long time SAP veterans all know codes that seem mysterious to outsiders, like WERKS (field name for plant), SE11 (transaction code to look at a table), and SKA1 (table name for chart of accounts). In addition to having to hold all the business and system knowledge in their heads, users had to click on many more buttons and type in many more fields to get to the desired information. 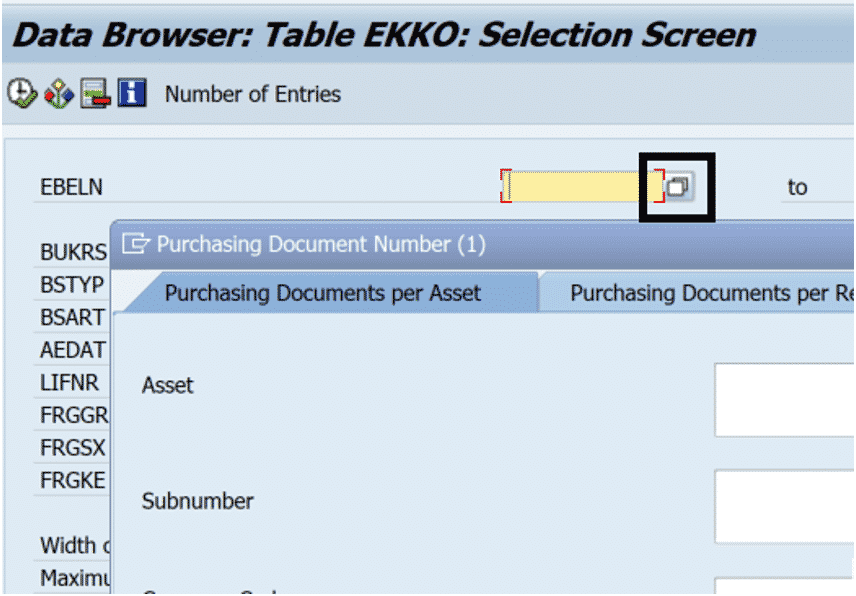 Introduction of Typeahead in SAP ABAP 7.4

It wasn’t until around 2014 when SAP ABAP 7.4 SP05 was released that an improvement was made to the search functionality in SAP. The release introduced typehead functionality with approximate string matching. Users could type queries in a field and immediately see both exact and close matches. Even though the logic for matching was evolving, the lack of structural changes within SAP systems kept the experience much the same for users and businesses.

Enhanced Search with typeahead functionality that implements approximate string matching available from SAP AS ABAP 7.4 SP05 and up

In 2019, 27 years since SAP’s inception, SAP S/4 HANA Cloud released Enterprise Search, which is also available as a Fiori app for on-premise installations. 60 years since mathematicians figured out sophisticated matching and ranking algorithms in information retrieval research, business software is finally catching up. This required almost a complete overhaul of how SAP systems worked, such as a new database design.

Defining synonyms and lemmatization rules will customize how close matches are found . Result ranking uses term weighting and frequency. Personalized search experience can be enabled by keeping track of a user’s search activities and enhancing a user’s search results based on past searches.

Searching for objects in SAP has advanced from the user having to know exactly what’s in the system to the user only needing a fragment of information to get relevant results. However, all the search functionality mentioned above still rely on a business’s internal user that knows the system well to perform the search.

What about in a scenario where the query comes from outside the business, for example from a customer? The customer has no knowledge of what’s in the internal system and how the objects can be retrieved and can only provide descriptions of materials from their context. This can mean a different language, regional differences in object names, measurements, and object attributes.

The Anything Anywhere Search Engine

DataXstream’s enterprise grade search engines leverage state-of-the-art data science and machine learning algorithms (the same one used by Google) to transform, match, rank, and serve up search results to business users and to customers. Whether it is materials, customers, or other business objects that make up the search index, the solution is deployed as a service that can be consumed directly in SAP, in OMS+, in ecommerce, or in other B2B and B2C platforms.

The transformation of queries and documents in the search index adapts the engine to the specific rules of each industry and each customer, and allows us to achieve and maintain high accuracy in search results. This process is what allows customers to search for an item using the words and units they know, and for the search engine to return the matching description stored in SAP.

Unlike approximate string matching, vectorization of text (turning text into numbers) for the build of the search index speeds up computation for matching and ranking. Each item in the search index, whether it is a material description or customer record, is represented by a vector (think an array) of numbers that describes the properties of the strings, such as its frequency of occurrence and its relative weight within the entire search index.

To learn more about how you can serve up business documents for efficient querying from anywhere, contact the Intelligent Automation team at DataXstream. You can also see the intelligent customer and material search engines in action as part of the Intelligent Order Creation solution. 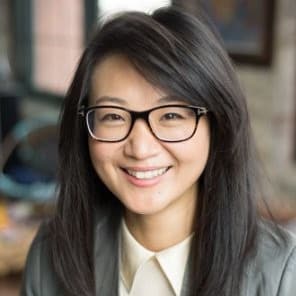 Data scientist at DataXstream – leading the machine learning team in data processing, statistical analysis, predictive modeling, and dabbling in yoga, reading and writing in between all the analytics.