NCo 3.0 Error: Could not load file or assembly ‘sapnco_utils.dll’ or one of its dependencies

Recently I was deploying a Windows Service that uses SAP .NET Connector 3.0 on a fresh install of Windows (the specific version isn’t important, but it was Windows Server 2003).  I built my installer package, installed .NET Framework 4, and installed my program.  When it came time to execute my service, I received the following error message.

What was really confounding was that the Fusion Log reported no .NET binding errors! So, what was going on?

It turns out that I was missing a prerequisite.  In addition to .NET Framework 4, SAP .NET Connector (NCo) 3.0 Microsoft Visual C++ 2010 Redistributable Package (mscvp100.dll, mscvr100.dll).  After I installed it, everything ran like a champ!  I was a little miffed that the OSS Note I was using as my guide (856863) made no mention of the Microsoft Visual C++ 2010 prerequisite.  So, for all of you that may have similar issues, here is a comprehensive installable prerequisite list (with links!) for the SAP .NET Connector (NCo) 3.0 separated by your program’s target processor architecture and .NET version: 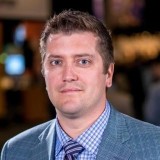